Following Michelangelo's footsteps
An itinerary through Florence discovering the artist's works
Based on article by Fabrizio de Lorenzo from www.discovertuscany.com (link)

Few artists have left such a deep and enduring mark in art history like Michelangelo Buonarroti.

Florence keeps many of the artist's masterpieces. Exploring the city of Michelangelo means retracing the steps of his artistic experience and visiting places inextricably linked to his memory.

Here is a list of the various places where Michelangelo's Florentine masterpieces are displayed. The proposed itinerary will show you both some of the most famous works of the great artist and some of the most important of Florence’s monuments.
This itinerary should be done over at least two days so that you can have the time to enjoy each of the museums and churches you visit. It is also entirely doable by foot, really the best way to visit all of Florence's historical center. 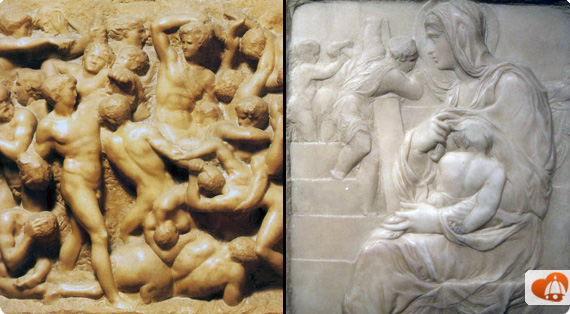 To better understand the evolution of Michelangelo Buonarroti’s own style, we will first head to Casa Buonarroti, situated in the vibrant and picturesque district of Santa Croce.
Despite the name, Casa Buonarroti is not the place where the artist lived. The palace was built by the beloved nephew Leonardo, and passed from one generation to another until the extinction of the family.

It holds the first works of the great artist, sculpted in his twenties: the Battle of the Centaurs and the Madonna della Scala. The first would not have been possible without the knowledge of the classical statuary the young man had the opportunity to study at the Garden of San Marco as a boy of 13 (an open air academy wanted by the Medici). The second is a clear homage to great sculptor Donatello.

Imagining just a boy to be deep in creating these masterpieces is something exciting and moving at the same time.

Continue on to SANTO SPIRITO 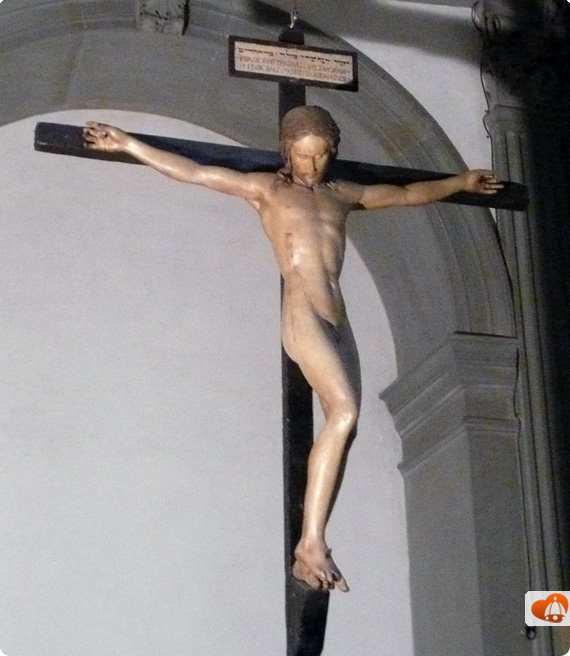 We will be moved even more by another interesting place linked to the memory of young Michelangelo: the church of Santo Spirito.

Situated in the popular district of Oltrarno, one of the most beautiful Renaissance churches of all time, Santo Spirito was the place where the young man found accommodation after the death of his patron Lorenzo de’ Medici, known as the Magnificent, in 1492.

In this place, he was granted permission by the Prior to dissect the corpses of the nearby hospital and the artist, as a mark of gratitude, carved a touching wooden Crucifix in 1493. The frail teenage body of Christ was certainly inspired by the many corpses of young men he saw at the hospital: a sad and introspective allegory of human weakness facing death.

Head to the BARGELLO... 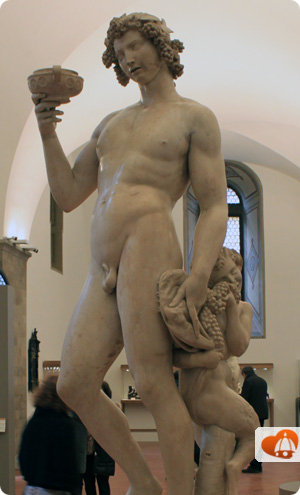 After the riots that forced the Medici to go into exile in 1494, Michelangelo lost his patrons and moved to Rome. During his first Roman stay, he sculpted the famous Pietà in St. Peter and the Bacchus now at the Bargello Museum in Florence, the third stop of our itinerary. This wonderful museum also houses other important sculptures by Michelangelo, such as the Brutus (below), the Tondo Pitti and the David / Apollo. 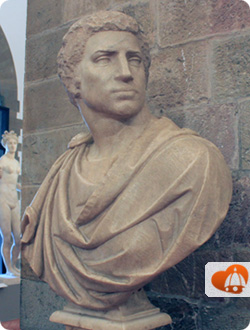 ...then on to the ACCADEMIA 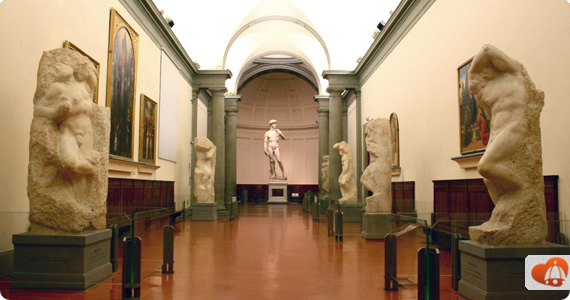 Returned to Florence in 1501, Michelangelo created some of his most famous masterpieces, inlcluding the magnificent David, now at the Accademia Gallery.

Many other statues by the great artist are displayed at the Accademia. These works are unfinished sculptures and the figures appear the be stuck within the marble block, struggling to come out. We will be astonished by the “non finito” (as this sculpting technique is known) of St. Matthew, made for the Cathedral of Florence, or the famous Prigioni, a marble group planned for the for the tomb of Pope Julius II in Rome. To learn more about the Prisoners and Michelangelo's style, read this page.

During this Florentine stay (1501-1504), Michelangelo accomplished another masterpiece: the Tondo Doni, today found at the Uffizi Art Gallery, his first painting on canvas and the only work of this kind in Florence. 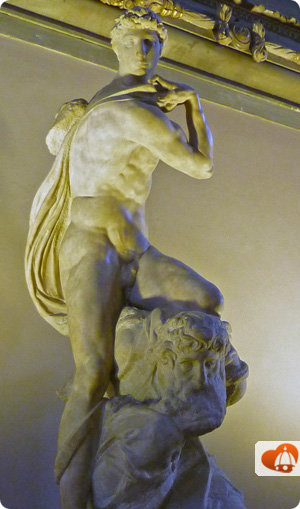 The Genius of Victory is another statue conceived for one of the many versions of the tomb of Pope Julius II in Rome and displayed in the Palazzo Vecchio (or Palazzo della Signoria), inside the magnificent Salone dei Cinquecento. 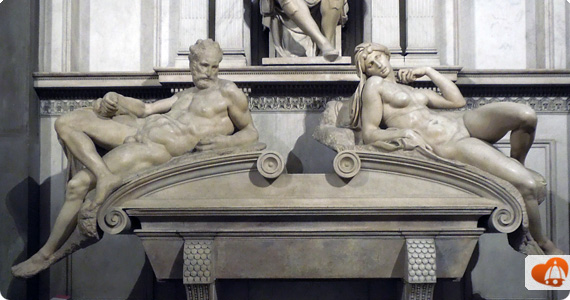 In the meantime, from 1515 to 1534, two members of the Medici family became popes: Leo X and Clement VIII, respectively son and grandson of Lorenzo the Magnificent. The popes commissioned Michelangelo to build the Sagrestia Nuova in the Medici Chapels and the Laurentian Library for the Basilica of San Lorenzo. The whole complex is worth a visit. 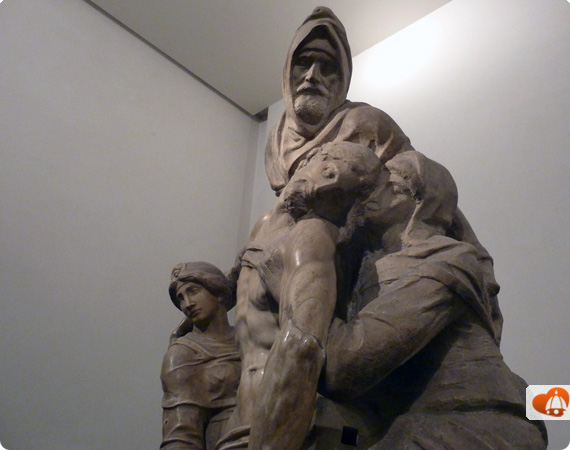 The last work we will admire during our itinerary is the dramatic Pietà Bandini, carved in Rome in 1550 to decorate his tomb, now housed in the Museo dell'Opera del Duomo. This sculpture is one of the most interesting masterpiece by the great master displayed in the Tuscan capital. The pathos of the composition is palpable. What adds a special significance to this work is the self-portrait of Michelangelo in the likeness of Nicodemus, the male figure holding the lifeless body of Christ flanked by Mary and Magdalene.

The tour ends therefore at Piazza del Duomo. To learn more about the historical events behind the works mentioned above, you can read the biography of Michelangelo Buonarroti. The in-depth article provides further details about the long and troubled life of this unique genius.