Based on article by Barbara from www.turismo.intoscana.it (link)

If you ever come to Tuscany in June, try to be in Florence on June 24th. June 24th is a special day for Florence, it’s holiday and although shops and restaurants are closed, you’ll be able to celebrate Florence with the Florentines! It’s San Giovanni day, the patron saint of the city, the saint to whom the  Baptistery is dedicated, and during the day there are different events around the city celebrate it! 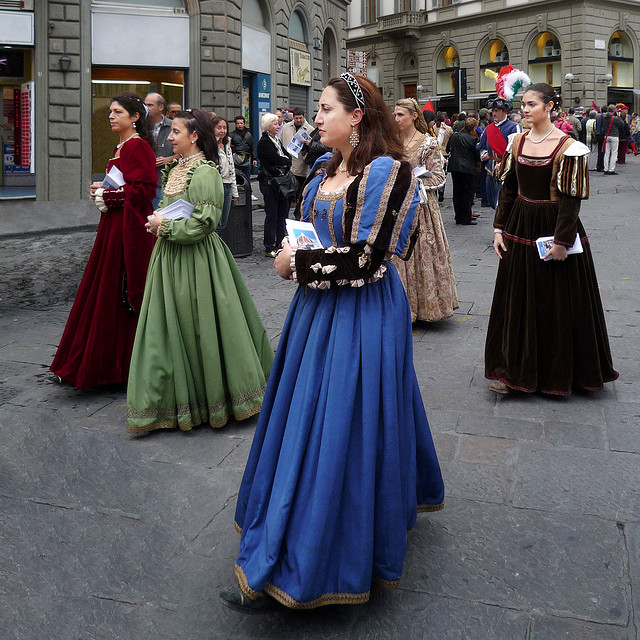 Every year, on June, Florence celebrates the feast of its patron, San Giovanni, with a series of exhibitions that involve the entire city. On the morning of June 24th, a Historic Parade starts from Piazza Signoria and continues towards the Baptistery of the Cathedral with an offering of candles for the patron. After the parade, a solemn mass follows with the exposure of the Saint’s relics. In the afternoon, it’s time for one of the most popular events linked to the Feast of San Giovanni is the Calcio in Costume, also known as “historic Florentine soccer” which is held in Piazza Santa Croce One of the most traditional piazzas of Florence, Santa Croce, becomes the “stadium” where you can watch the Historic Florentine Soccer (a violent version of medieval soccer) born in the 16th Century. If compared to contemporary sports, it would be considered a mix of wrestling, rugby and soccer. It was nerver a popular sport, at least not as much as soccer is nowadays: only rich aristocrats used to play this game. Today “Calcio Fiorentino” is more of show than a real game, with a parade before and after the game. Click on the link below, to read a good review of “Calcio Storico Fiorentino”. After a long parade from Santa Maria Novella to Piazza Santa Croce, presided over by nobles on horseback, the game begins with the cry, “Viva Firenze!”. 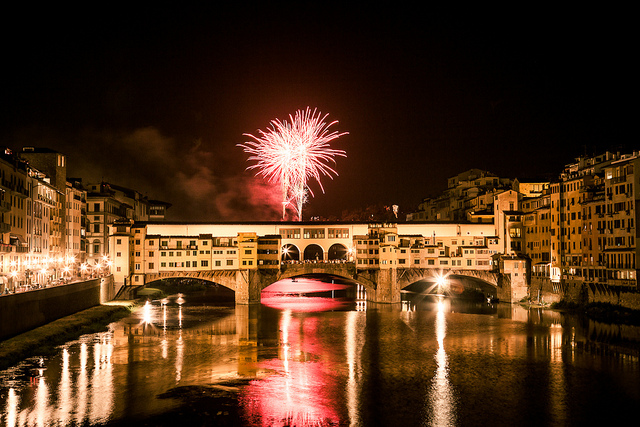 At the conclusion, on the evening of the 24th, there is a traditional fireworks display in Piazzale Michelangelo called fuochi di San Giovanni (St John’s fireworks), which draws a huge crowd, especially concentrated on the Lungarni (Arno river promenades). The fireworks normally begin at 10 pm, and we recommend you arrive a little bit earlier to find a nice spot from which to enjoy the show! (the Arno River banks are normally really crowded!). Some people arrive at 7pm, the best spot is at Ponte Santa Trinità or Ponte alla Carraia. You could also try Piazza Poggi.

To read more about Saint John the Baptist and about traditional celebrations in Florence!