What to See in Lucca in Just 1 Day
Based on article by Chiara Ricci from www.discovertuscany.com (link)

There is no need to say that Lucca, the city of 100 churches, can’t be really visited in just one day, but it may be enough to taste its essence and glimpse its artistic beauties to make you return to spend some time in exploring its more hidden, mysterious treasures.

Let's start, with our one day to the discover the charming town of Lucca. A smart choice would be to spend the night before there, in a B&B or a hotel so that you're already there, fully rested, to visit the town. If you can't, try to arrive as early as you can. 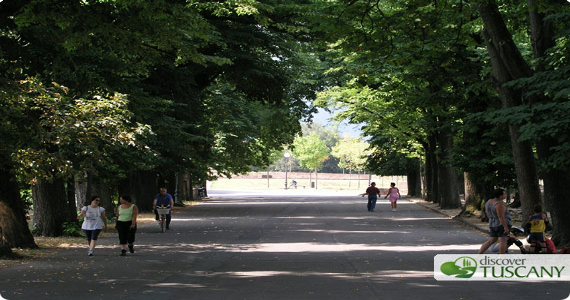 A great way to start exploring Lucca is to start with a walk along the old city walls, Lucca's most distinctive element known worldwide since they are the only ones to be completely accessible on foot or by car (even if cars are now forbidden). This means over 4  kilometers of panoramic walkway overlooking the city of Lucca and those secret corners that you won’t be able to discover by walking through the tiny streets of the old city center. Hidden beneath the leafy shade of secular trees, children's playgrounds and recreation areas equipped with tables perfect for a picnic appear here and there. Secret passages, hideaways and ramparts hold the historical memory of a city that has much to tell, and hide wonderful slices of heaven such as the Botanical Garden, a public garden home to the the rich variety of plant life of the Lucca Botanical Park, as well as a library, herbaria, laboratory-museums and much more.

The City of a Hundred and One Churches 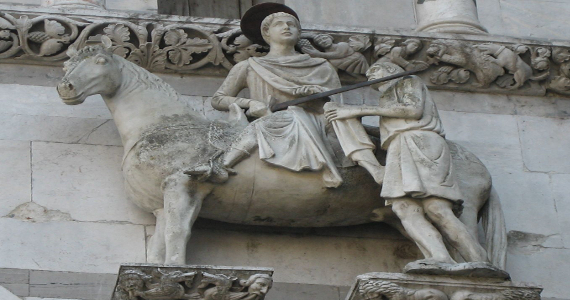 As you cross the walls into the city, you enter the heart of the town and what is commonly referred to as the city of one hundred churches for the large number of religious buildings which represent marvellous examples of architectural Italian styles. Since you’ll hardly be able to visit them all in just one day, I suggest you focus on the cathedral, what is commonly referred to as “Il Duomo” in every town and on St. Michael's Church. To get to the cathedral of St. Martin, located in the square of the same name, just pass through the wall closest to the train station. The Duomo is home to some of the most beautiful art masterpieces, such as Ilaria del Carretto’s Tomb by Jacopo della Quercia and the Volto Santo (a wooden crucifix of the Holy Face, ancient symbol of the city), from San Frediano Basilica (where the procession of the Holy Cross Celebrations departs). St. Michael's Church, located in the square of the same name in the heart of the historic center, is set along the most famous street of Lucca, called Il Fillungo, where you’ll find all the most important and prestigious stores and shops in the city (a must if you're in the mood for shopping!).

The Roman Amphitheater, a Step Back in Time 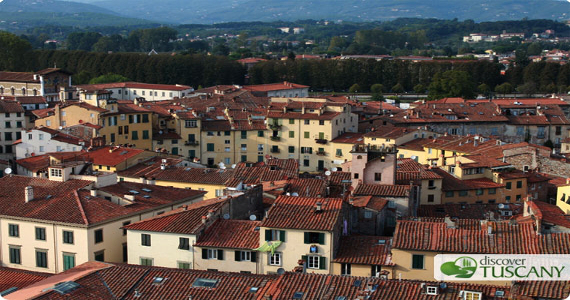 From Fillungo, you get almost everywhere in the town center: if weather is good, a nice walk will lead you to the discovery of Lucca's most charming spots and places you can’t absolutely miss, including Piazza dell’Anfiteatro or the Amphitheatre Square, a true jewel from Roman times. As you stand inside the oval square, you can clearly see the buildings were built around the original elliptical structure typical of Roman amphitheatres long ago. While the amphitheater no longer exists, the square has maintained its particular shape and takes us back in time to when the Roman colony sat here. Many local restaurants and shops look onto the square where, especially during Summer, events and concerts usually take place.

The Guinigi Tower ... what a Strange Place for Trees!! 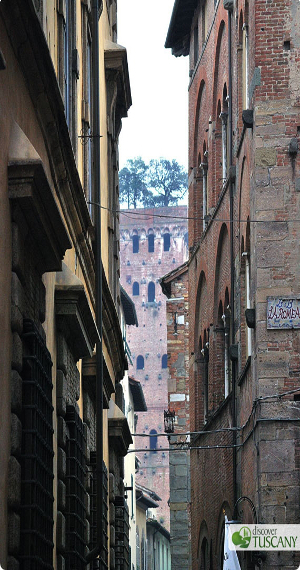 Coming out from the amphitheater, you may walk toward the famous Torre Guinigi sitting nearby, the one you'll have noticed for the trees at the very top. Although it stands out over other city center buildings, you can't use it as a point of reference since all the narrow streets here are surrounded by historic buildings (which house antique shops of traditional arts and crafts) which often limit your general view. If you don’t have enough time this one day, you might not climb to the top of the tower but it is an interesting sight to see - the roof garden is a popular attraction and created when the Guinigi family sought to create a garden as symbol of the town rebirth under their control.

A short break in Piazza Napoleone - commonly known as Piazza Grande - before leaving the center could be a nice idea, especially during Christmas time: if you love skating, you should try skating around the ice rink set up for the entertainment of children and grown-ups alike! It has always been a point of reference for Lucca's inhabitants, its name comes from the modernization works that Elisa Bonaparte ordered to pay homage to her brother Napoleon.

If you are fond of museums, I strongly suggest you visit the National Art Gallery situated in the seventeenth-century Palazzo Mansi, where you’ll find renowned Italian artists works, especially from the Renaissance period.

If you get tired or hungry after walking along the streets of Lucca, a short stop at one of the many shops that make and sell the famous buccellato (a semi-sweet bread with raisins) would be the perfect occasion to rest and taste one of the most typical products of Lucca.

Lucca is also home to several annual events and manifestations that always attract people from everywhere, such as the Summer Festival. Concerts by internationally renowned artists enliven different locations of the city usually on July, while another renowned event, Lucca Comics & Games, usually takes place in late October/early November. This is the most important international fairs and market exhibition dedicated to comics in Italy, but it is much more: the entire city becomes a sort of cartoon-land, where famous, and less famous, characters come to life at the hands of everyone, young and grown-ups alike, that are fond of dressing up (called cosplay, in fact) in costumes to bring to life their favorite characters from the world of comics and cartoons. There is nothing like it in all of Italy.

While I've signaled out the main attractions you MUST see if you get to Lucca with limited time, this city has much more to offer. If you don't have the time, this itinerary will give you an idea of the real essence of the town which still preserves its ancient aspect, its old traditions and habits: stop and taste its typical products, ask an inhabitant for some secret anecdote, walk and look around the tiny streets.

Rent a bike or a tandem bike to enjoy, and maybe speed up, your tour of the town. Biking around the town along its 16th century walls offers views like no other. There are bike rental shops at many of the accesses to the ramparts that offer cheap daily or hourly rates. Whatever you decide to do, enjoy one of the most beautiful towns in all of Tuscany!